A tiny planet made of thousands of dots, this hand drawn piece is the first from the “stippling” series: black dots are layed on paper, with variation in size and density, to create gradients, and various levels of gray when seen from a distance.The polygonal planet is augmented with a layer of projected light: comets, stars, moons or suns, reveal the triangular structure of the minuscule world.

About the ‘light canvas’ series 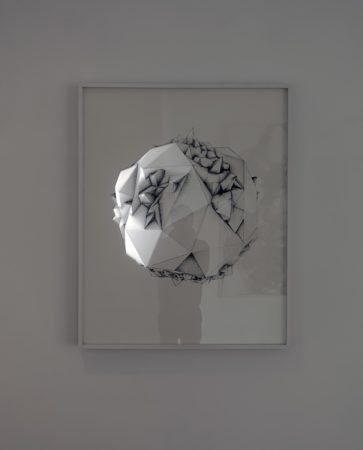 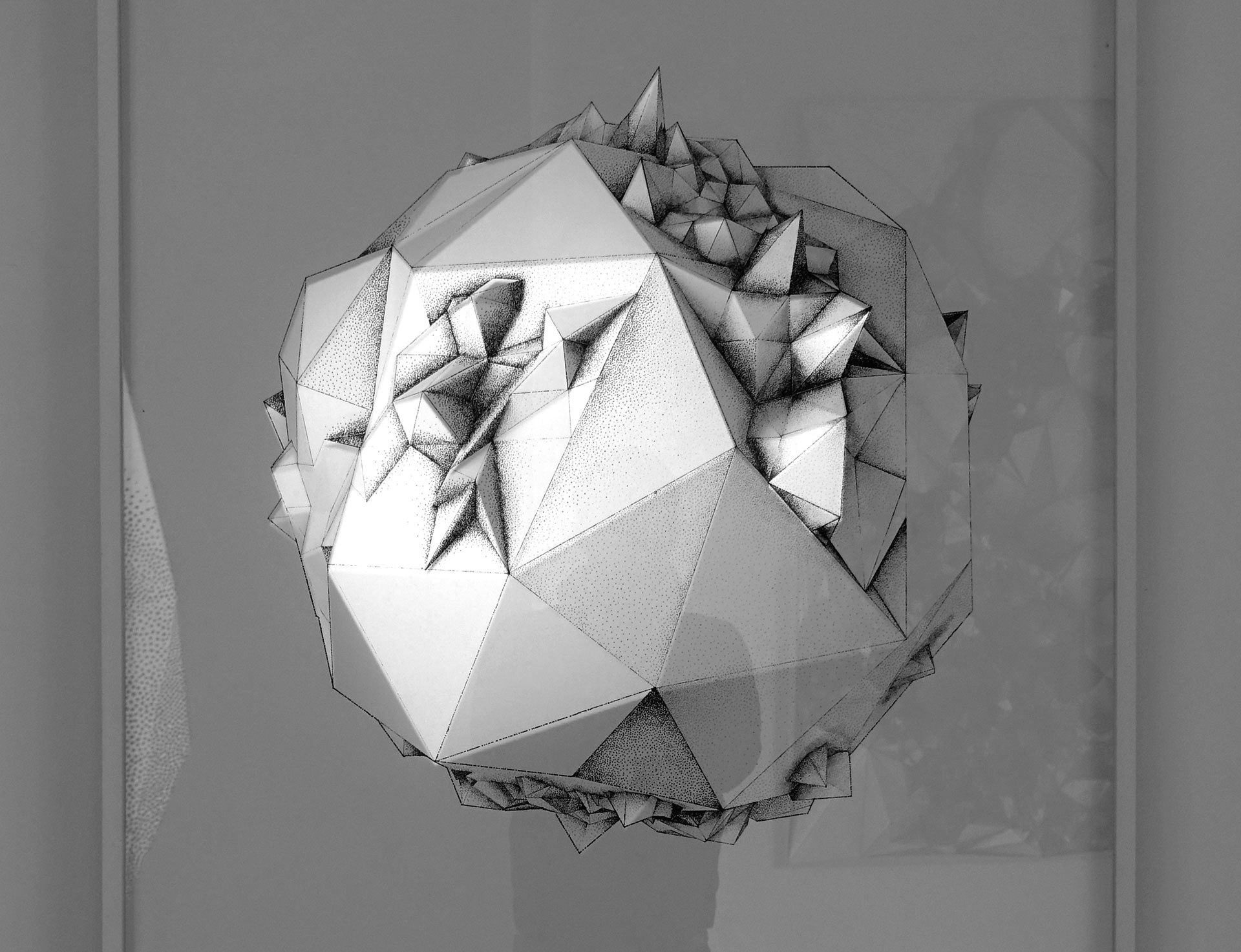