This piece is part of Wall Drawing, a series of audiovisual installations where the visuals are directly drawn over the walls, and then augmented with a light projection, in order to alter our senses by generating impossible volumes and depth.
The visuals are formed by straight lines and repetitive, simple patterns representing a structure of landscapes, rocks, planets and caves, heavily inspired by Sol Lewitt’s mural paintings. 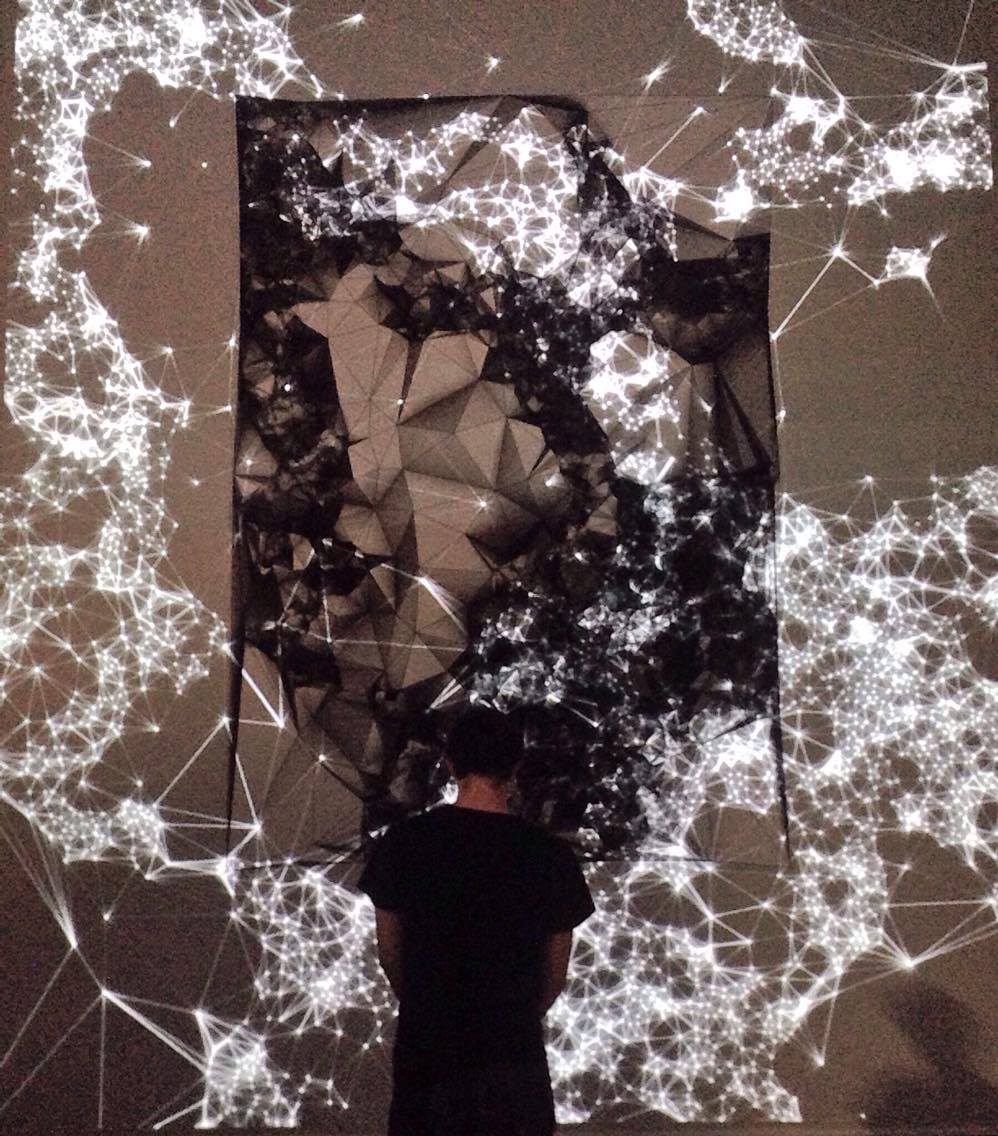 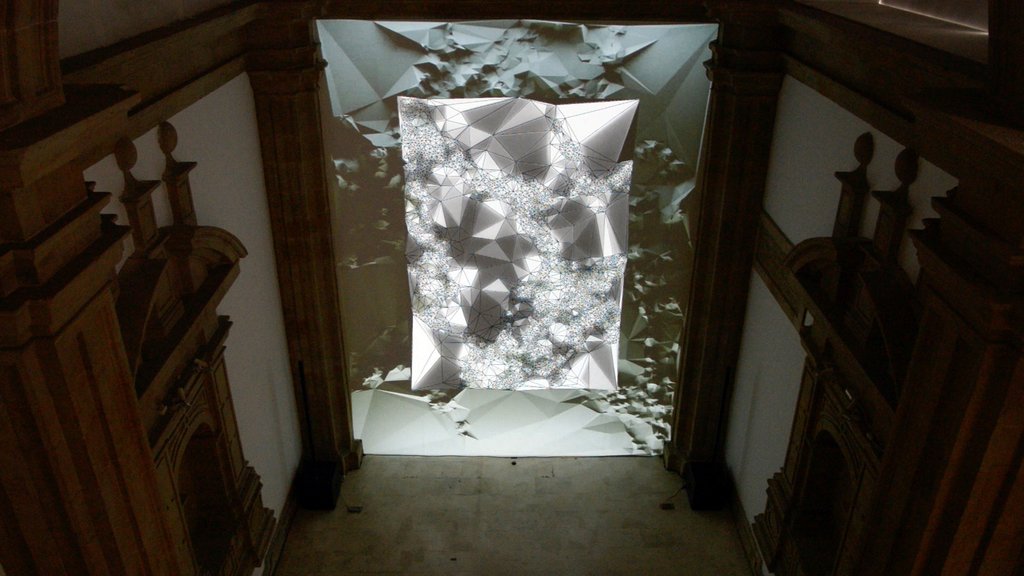 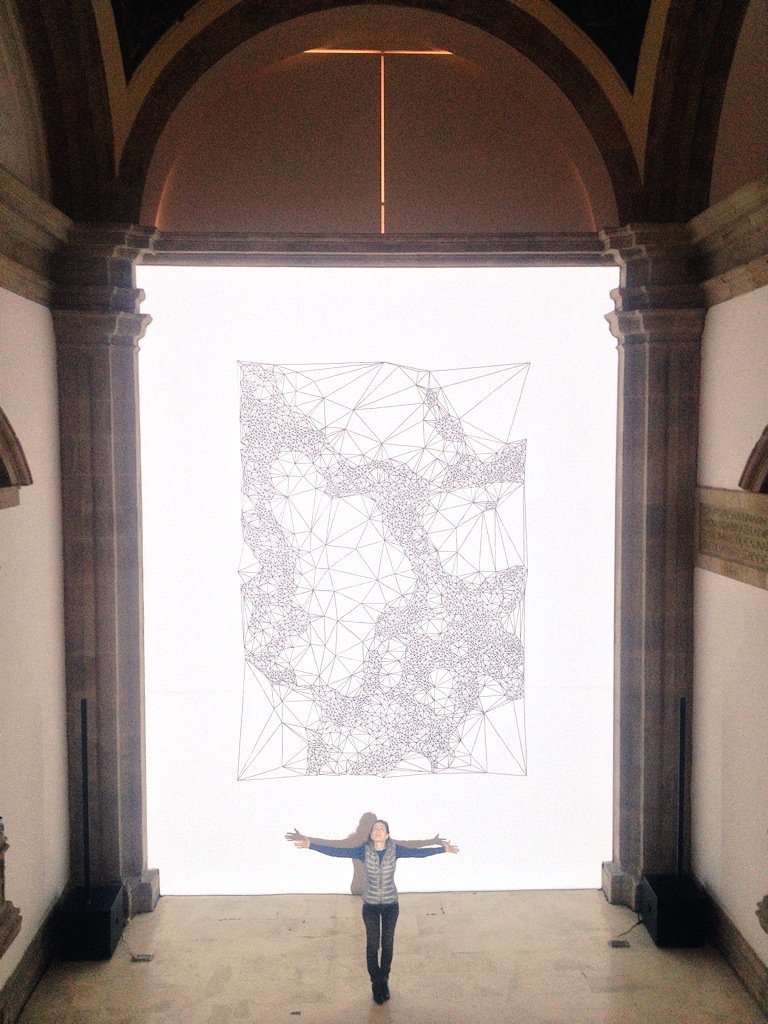 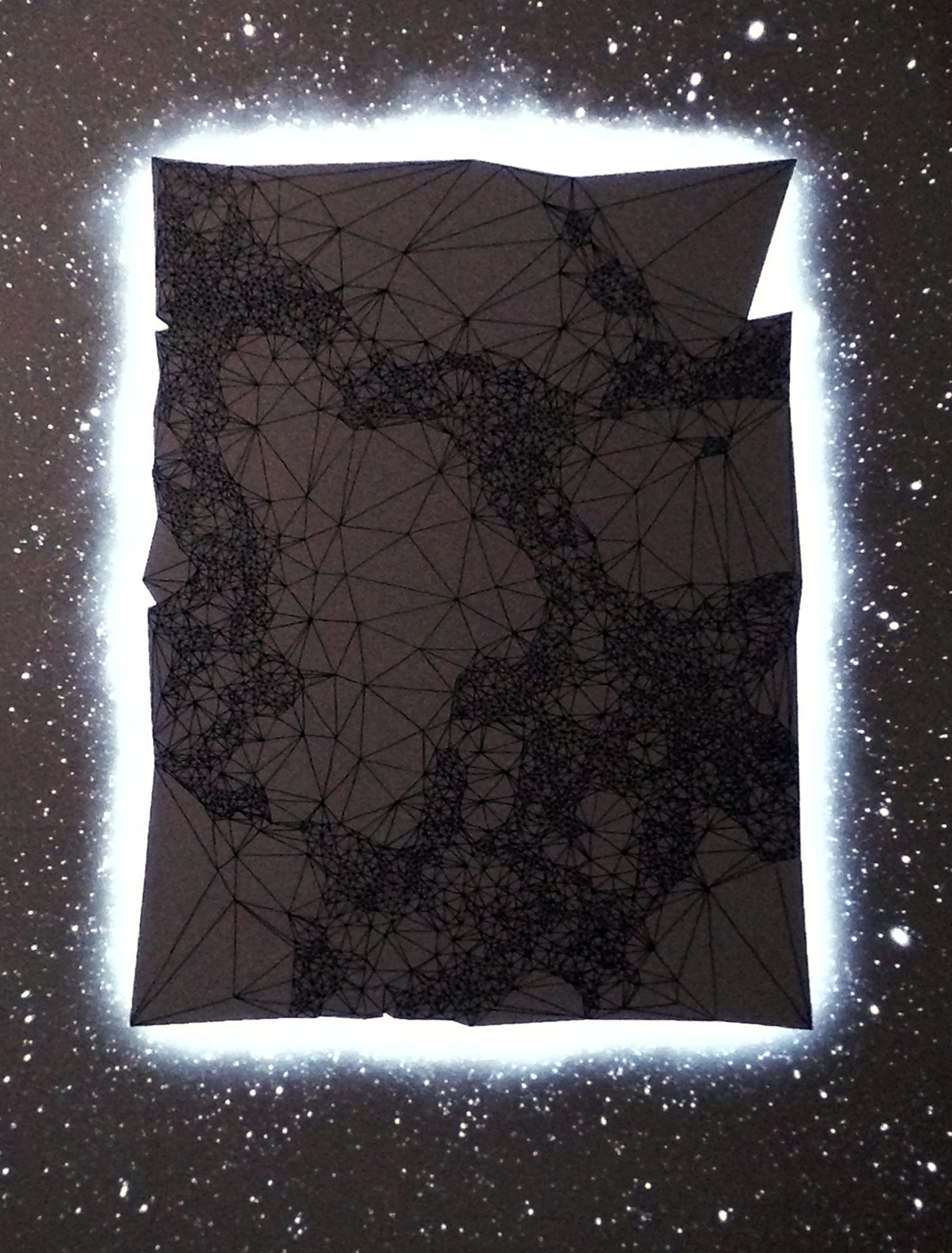 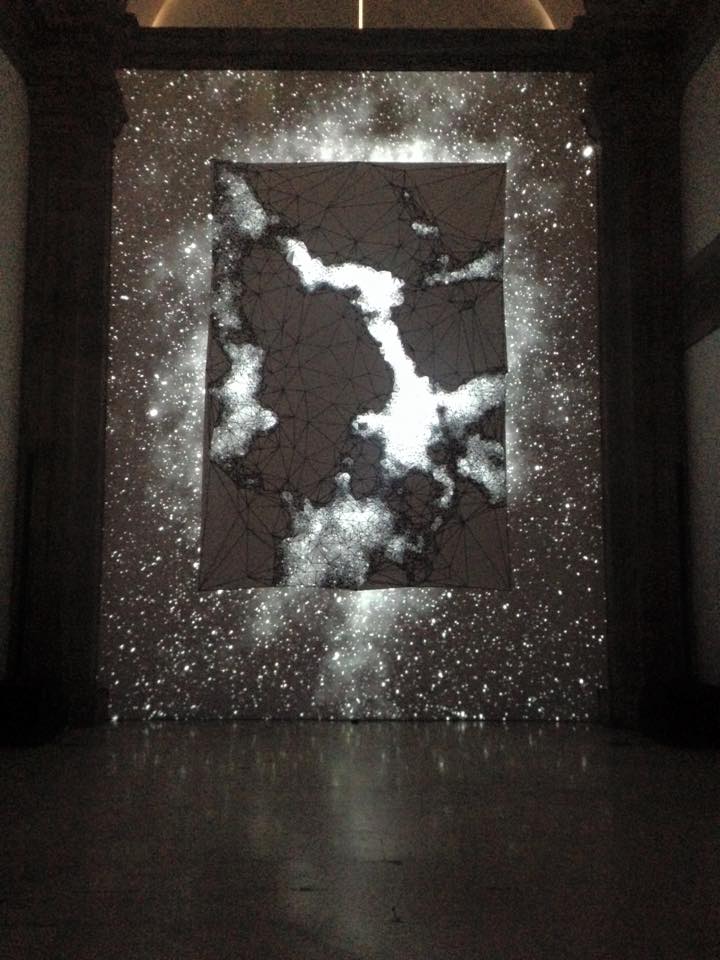 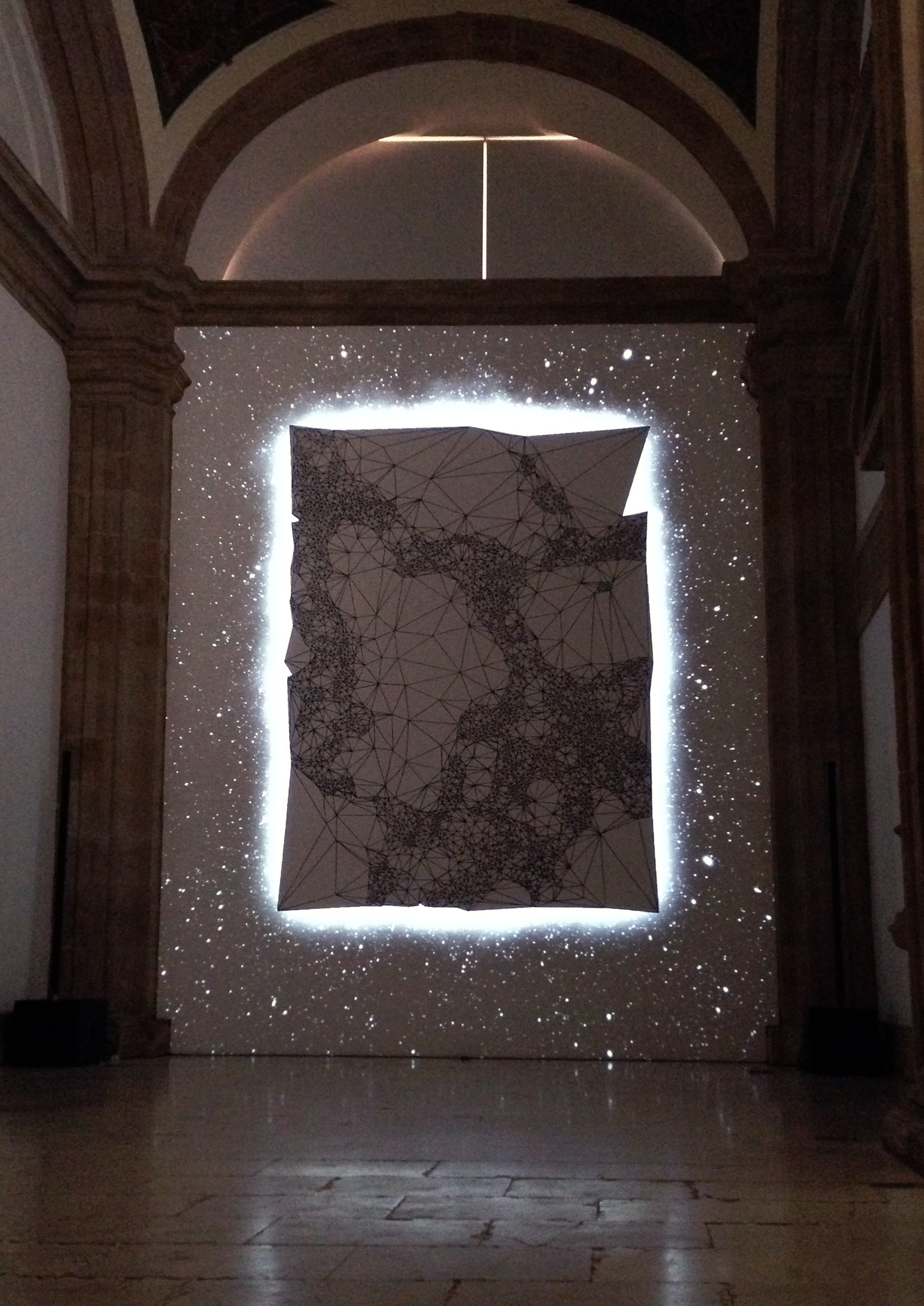